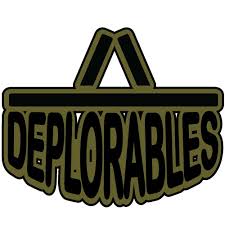 Washington Post – ASHEVILLE, N.C. — As thousands of Donald Trump’s supporters left his rally here this week, they were greeted by

protesters who accused them of being, among other things, racist, hateful and uneducated.

“Grow a brain, b—-!” one protester shouted at a Trump backer. Another pointed at rallygoers and yelled: “Racist a——s!” A third held a sign that read: “Make racists afraid again.”