The Candidate’s Final Stretch … Heading Toward the Finish Line

I’ve been plenty wrong about plenty of things before now so if I’m wrong again it’s really no big deal.  I thought, for instance, that I’d be campaigning for Ted Cruz right now. I thought we’d be bidding a fond farewell to President Romney in a couple of months.  Or re-electing him.  I thought my adult kids would never remind me of the shitty things I said when they spilled the milk, years ago.  I thought (and am still hoping) mom would finally say, “Just kidding! We’re actually billionaires! Here’s your share!”  None of those things have panned out for me so far. Being wrong is not a big emotional deal anymore.  I’m used to it.

All that said, I’m fairly sure I might be right about this one. I think, and I’m pretty sure about this, that the candidate who shall not be named, is not really sick at all.  I think She never was. I think It’s all a big game of smoke and mirrors, a ’la House of Cards—a tactic at which this particular candidate is diabolically masterful.   The whole thing has been one big fat distraction.  Think about it; every republican in the stratosphere is Googling Parkinson’s disease and chronic coughing and fainting and seizure-like behavior and doppelgangers.  WebMD servers must be struggling not to crash these last few days.  Hardly anyone is thinking about Benghazi or the laundry list of “mysterious” deaths left in the wake of this monster, or the classified emails she risked our nation’s security for because she is “…extremely careless.”

No.  she’s not sick.  She may have a sore throat—who wouldn’t?  Fifty some odd years of screaming and barking orders at her staff has no doubt done some damage to her 71-year-old throat. Her life-long campaign, her non-stop speeches, frequent traveling, dry aircraft air and lack of proper sleep—it’d take a toll on anybody. She’s no spring chick.  Just ask her husband. Oh…and he’s another toxin she’s had to battle. It’d be a challenge for anyone to stay healthy with that stinking turd lurking around, but no, she doesn’t have a virus. She’s just upping her game. It’s Game-On to the nth degree. The Holy Grail is mere weeks away. She’s pulling out all the stops.

Right before this most recent seizure-coughing-fainting distraction, the Candidate had a good run with wardrobe malfunctions.  Republicans were already worn slick from the intensive Google searches about Captain Kangaroo tunics and body armor when the coughing fits and focal seizures started. I never believed the wardrobe thing was a mistake either.  No doubt about it, people who are constantly in the public spotlight are bound to occasionally put on a contrasting plaid tie with their purple sport coat, or wear flats when heals are the correct fashion choice.  But this wasn’t that. These outfits were so outrageous, so completely bizarrely inappropriate, so utterly ridiculous…it was all just too hard to believe…just too incredible. 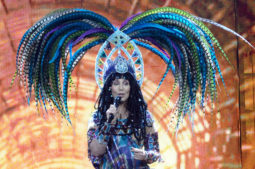 I mean, if it were Lady Gaga or Cher, or even Madonna, a person wouldn’t really judge the clothing. It wouldn’t be so confusing. But this is a political candidate, a billionaire, a woman surrounded by assistants and advisors and makeup and hair artists and yes, a wardrobe assistant—whose head would still be rolling down Pennsylvania Avenue if those outfits had been actual mistakes.  But they weren’t mistakes. They were all just a brilliant use of optical focus.  And it worked. Just like those distracting personality tests on Facebook which always result in the survey taker scoring the exact test result she is looking for; “Scientific mind! Thoughtful judge of character! Sweet and cuddly! I knew it!!”  All those test-takers will realize eventually that the mortgage check still has to be in the mailbox today, the kids are still overweight because Facebook and Twitter and frozen pizza, and, marriages are in the shitter because—well, Facebook and Twitter. And fatasses.

There were no wardrobe malfunctions but It kept republicans busy for weeks Googling Kangaroo Tunics and taking personality tests. It’s the same concept.  Pay no attention to the woman behind the curtain. She’s still the same Candidate she’s always been.  Deceitful. Vindictive. Calculating. Smartest woman in the Country.  And now she’s fainting.

The activist media is complicit in this whole dangerous shenanigans.  One famous pundit “accidentally” used the word “death” instead of “health.” It was meant to look like a little slip of the tongue. But it wasn’t. It was an assist.  Like in professional football and soccer games. And make no mistake, official statistics for assists are kept on file, just like in fantasy football. Access to the Candidate has been a known commodity for many years. The activist media pays and pays.

While Republicans are busy, busy, busy scouring social media for evidence of the candidate’s unfitness for office, Democrats and liberals are digging their heels in, deep.  Standing firm. We are closing in fast on the moment they’ve been waiting for since 1970. They’re a little worried that their little glass-ceiling-darling might really be sick and it’s got them nervous.  One of my lib friends is so dedicated to her ultimate crowning in high office, he posted a meme declaring that he’d even vote for her if she died and came back as a zombie and ate his entire family. How he imagines the zombie would not eat him as well is beyond my pay grade. I find that kind of allegiance even more confusing that Captain Kangaroo tunics.

I could be all wrong here.  As I said, it’s a common occurrence for me. I certainly don’t wish any kind of illness to anyone. Not even a sore throat and not even this Candidate. It’s entirely possible she is very, very sick.  It’s possible that she really did spend a couple of hours in the Chelsea ER (CER) and came out miraculously healed and considerably slimmer. It’s entirely possible that no secret service people were anywhere near her for several minutes while she wandered around a New York sidewalk infecting a little girl with pneumonia. Maybe it’s true that only that one lucky guy was at the perfect location to film a seizure/fainting spell before the limo arrived and that no guys were lucky enough to be across the street filming her face during the episode.  That’s all possible, I guess.

Some activist pundits are saying the candidate did not go to a public ER because She didn’t want her disease revealed by those blabbermouth doctors. Another basket of deplorables by any measure. I think that’s probably accurate but for the opposite reason.  She doesn’t want doctors blabbing that she doesn’t have pneumonia or Parkinson’s disease or anything else.  She has a dry throat from all that screeching and coughing. Otherwise, she’s fine. Relatively speaking, that is.

The only question about the Candidate’s situation that I have is, what’s next?  How can she possibly top this? What will replace the illness distraction?  Surely this can’t go on until November.  I think it’s high time her side-kick stepped up and did some distracting of his own.  Maybe a red plaid tie and purple jacket or a raggedy old pair of high-water polyester slacks. Or a man-bun.  Something really ridiculous like the Kangaroo tunics. She needs an assist.  It’s the least he can do. She may very well deliver him to the White House. He owes her big. But, I could be wrong.