Skip to content
Home Election Another Dotte-Do-Over, Not Much Will Change 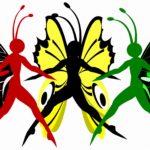