The Unified Government’s Board of Commission is comprised of an eleven member governing body referred to as the “Commission.”

As the Wyandotte county primary election on August 1, 2017 draws near, candidates are anxious to reveal the new and better way they’ll run the local government.  The majority of Dottes appear to agree that Wyandotte County could do with some changes.

Two candidates have challenged the incumbent Mike Kane for the 5th district commissioner’s seat, Sarah Kremer and John Fotovich, both of Piper. 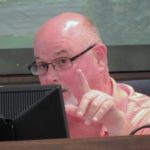 Kane shakes his finger at constituents

Kane has served as the 5th district commissioner for three terms and boasts several accomplishments during his tenure, including approval for a new fire station, a new Piper community center and clean up of an old business on 82nd street.

Kane doesn’t mention his recent successful efforts to excoriate and eventually shut down a popular local business in Piper, proof positive that it pays big to be connected to UG insiders. 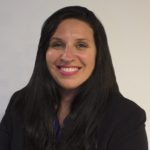 The following question/answer list is from Sarah Kremer, candidate for the 5th district commissioner seat, currently occupied by Mike Kane.  The 5th district covers Piper and rural areas around it.

How are you different from our current commissioner?

I have an excellent background in accounting and finance which will be an asset to the Board.  I am a collaborator with a reasonable, professional voice.  My background in private as well as public accounting will bring fresh ideas to the commission.

What would your top priorities be as commissioner?

How do you think the current mayor has performed during his time in office?

I think while the mayor has been in office there have been some improvements such as the mill levy going down and much needed equipment and renovations were put in the budget for our public servants.  Even though I did not see they Mayors office before the renovation, I question whether that was necessary.  I also think there should have been a much bigger relief to property taxes.  I think that is the top priority and should be put ahead of some of the things such as sidewalk and light upgrades.  I do feel those are important and necessary, but I think they should be taken care of after we get property taxes under control.

Do you support the Protect the Partnership organization?

Yes, the organization seems to be looking out for the best interests of businesses and residents in the county.  I think that it is good that a group independent of government is asking questions and putting information out there.  However, I think taxpayers should do some research on their own as well on issues. ***Kremer changed her answer here once she was informed about the function of Protect the Partnership. *** While she may not support the organization per-se, she may believe that businesses would do well to partner with local governments. She indicated she would do more research on the subject.

Do you support opening the Woodlands race track as a Racino?

Yes I believe that opening the Woodlands as a Racino will spur more economic development in that area as well as bring in more tax revenue for the county.

Do you believe the UG should have partnerships with local, private businesses?

I believe that local, private businesses are very important to any community and they should be supported.

If so, why, and how does it benefit the residents of Wyandotte County?

Are you sensitive to the reality that commissioners work at the invitation of the voters in the district and not special interest groups and the whims of the mayor?

I can see that it is very possible that they can go both ways.

Property taxes are the big trigger in WYCO.  It has become a painful joke to the entire State of Kansas.  Will you provide lots of lip service to the issue of punitive property taxes in our County as most commissioner do, or do you have an actual plan to curtail spending and misappropriation of tax dollars in order to level the spiraling increases?

This is where my accounting and finance background will be a powerful tool for the board.  I do think that that it is very important for the budget to be tightened. We need to be smarter about how we spend the money.  I think the money that we have now after paying off the STAR bonds should be put to tax relief.

What are your thoughts on the uncomfortable number of children and relatives of commissioners and top-end UG employees and elected officials who are hired for positions at BPU and the UG organization?

That is a concern, this could lead to a situation where there could be collusion that is not in the best interest of the residents of county.

What are your thoughts on the Indian Springs debacle?

I think it is very important to get development moving forward.  As far as what the city has spent for purchasing and demolishing the land is no longer an issue, it is done so we need to move forward.  It would be wonderful to have some sort of large tourist attraction there to bring people in from all over the country which would bring lots of tax revenues outside the county.  But I realize that it takes a lot to bring something like that in and I do not see that they have had any interest in that.  Possibly having an industrial park there would be a good solution, as it would provide a lot of jobs for current residents.  The location would be great for trucks coming in and out so I feel that companies would want to conduct business there.  It would also be nice to get some shopping there for the local community, such as a grocery store and/or some sports venues for kids and or adults.

The office of Mayor of Kansas City, Kansas is a full-time position.  Should the mayor also have another part-time position in the private sector?

I think that the Mayor should have at least prior experience in the private sector or other positions just for the experience.  With all of the responsibilities of the Mayor, I don’t think there would be much time for a part-time job.  The Mayor should put the community first.

Do you unequivocally support our police department and men and women in Blue?

Do you have the intestinal fortitude to stand against the mayor when you believe his plans/ideas/proposals/decisions are incorrect and do not serve the community you represent?

Yes.  My purpose is to make decisions based on what is best for the community members and not for the few or what the mayor necessarily wants.  In my career I have worked with all levels of management and I am comfortable with asking questions and offering different solutions. The fact that I am running against a commissioner that is very well known and been in office for 3 terms, I think speaks for itself in that I am willing to put in the work to get on the board to help make some more positive changes.

How do you feel about the broken promise of lowering property taxes when the Legends bond(s) are paid off?

This is frustrating, I am concerned that more people will move out of the Dotte, as well as keeping new people and business from coming in.  If this starts happening, the taxes will only increase for the remaining residents.  They should have put all the money towards property taxes as they promised.

Leadership Experience – 6+ years managing the accounting department at my current employer, started as a Controller and now I am the Vice President of Accounting