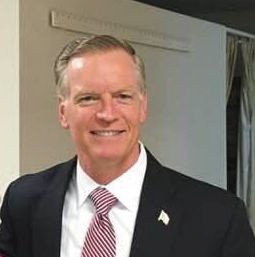 special convention to elect a replacement to serve the remainder of retiring Senator Steve Fitzgerald’s (R-Leavenworth) term. Kevin Braun was elected by a majority of precinct committeemen and women in Kansas Senate District 5. In reaction to the results, Braun said the following:

“I am extremely grateful for the support of Senator Fitzgerald and Republican Party leaders as I start this new chapter of service in my life. I look forward to protecting the sanctity of life, maintaining fiscal responsibility, and protecting conservative values.”

“I am confident I will be able to serve the citizens of Bonner Springs, Lansing, Leavenworth, and Kansas City with the same honesty and integrity shown by Sen. Fitzgerald over the last 6 years and I intend to run for election to a full term in 2020.”

Senator Steve Fitzgerald (R-Leavenworth) gave his full endorsement of Braun to take over his seat in the Kansas Senate:

“Kevin Braun is a proven leader. He is articulate, smart, energetic, engaging, and politically fearless,” said Fitzgerald. “Kevin converts Democrats and Independents while energizing Republicans. He is the future of a resurgent Republican Party in Wyandotte and Leavenworth.”

Kevin Braun currently works in the private sector while living in Kansas City, Kansas. He retired from the Army Reserve on August 1, 2018 at the rank of Lieutenant Colonel after 32 years of service. Kevin is a Veteran of both the United States Army and the Kansas Army National Guard as well as a member of the VFW, American Legion, and the Knights of Columbus. He has a Bachelor’s Degree in Business and a Master’s Degree in Business Law.

Governor Jeff Colyer, M.D. will make the appointment official within 7 days of receiving the results. After that, the Secretary of State’s office will certify the results in order for the swearing-in to take place.